The main interest of the astroparticle physics group of the Institute of Nuclear and Particle Physics (INPP) is the study of cosmic neutrinos. The study of cosmic neutrinos, offers significant advantages towards answering basic questions about the origin and nature of the cosmic rays. Neutrinos, being neutral, are not deflected by interstellar magnetic fields and, unlike photons, are not significantly absorbed by any intervening matter. Thus they point back to their sources over all energy ranges and distance scales, and hence are uniquely valuable as cosmic messengers. In addition, the detection of astrophysical high energy neutrinos would shed light on the question whether the sources of high energy gamma rays observed by the HESS telescope are due to electromagnetic or hadronic processes. 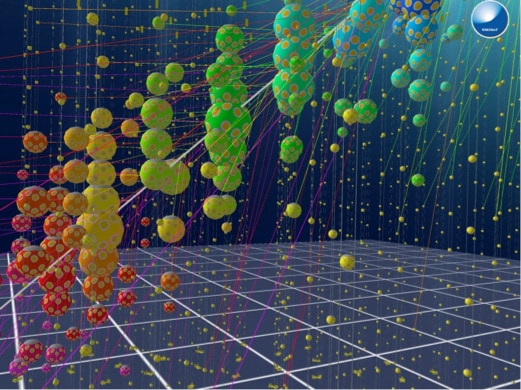 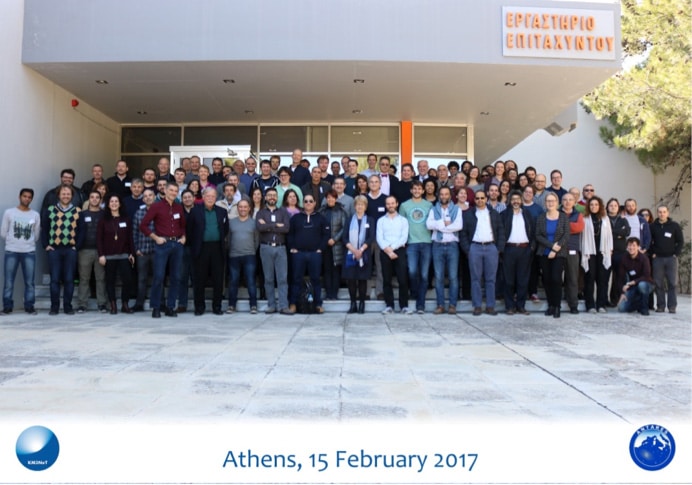 The KM3NeT collaboration in a recent meeting in INPP

The INPP astroparticle physics group is a member of the KM3NeT collaboration. KM3NeT is a large Research Infrastructure that will consist of a network of deep-sea neutrino telescopes in theMediterranean Sea with user ports for Earth and Sea sciences.Once completed, the telescopes will have detector volumes between megaton and several cubic kilometers of clear sea water. Located in the deepest seas of the Mediterranean, KM3NeT will open a new window on our Universe, but also contribute to the research of the properties of the elusive neutrino particles. With the ARCA telescope, KM3NeT scientists will search for neutrinos from distant astrophysical sources such as supernovae, gamma ray bursts or colliding stars. The ORCA telescope is the instrument for studying neutrino properties exploiting neutrinos generated in the Earth’s atmosphere. 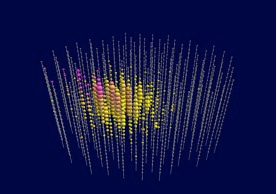 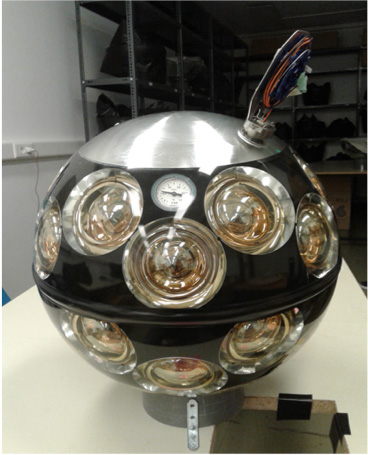 Photo of a DOM from the laboratory of INPP

The most impressive snapshots from the deployment procedure can be viewed in the following video. Parts are selected from existing videos, shot during the sea campaigns for the deployment of KM3NeT detection units.

The group activities in KM3NeT include construction, testing and validation of detectors and individual components, physics analyses and studies, development of communication protocols (White Rabbit), governance and management. The group operates a DOM construction laboratory building the fundamental detection elements of KM3NeT. High pressure testing of components is done using specialized pressure apparatus, while testing and calibration of electronics and sensors is a separate activity.

The INPP astroparticle physics group has office, laboratory and storage space in Kalamata and a workshop and storage in Pylos in order to be closer in distance to the deployment site – off the coast of Pylos. Its most recent field activity was the GRBNeT project, funded by the THALES initiative of GSRT for the construction and deployment of an autonomous detector for neutrinos originating from GRBs. The GRBNeT project was a collaboration between INPP, the University of Athens (UoA) and the Hellenic Center for Marine Research (HCMR). The system was deployed in October 2015 at 3000 m sea depth off the coast of Pylos and was recovered in April 2017. 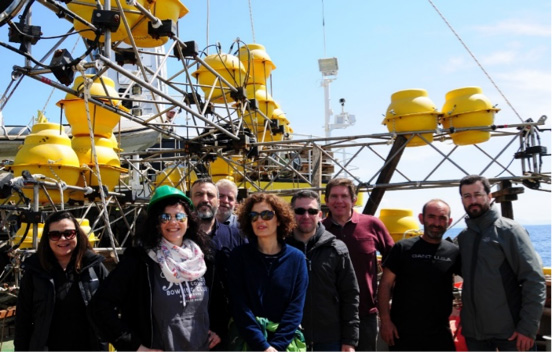 Photo of the INPP group, taken after the successful recovery of the GRBNeT