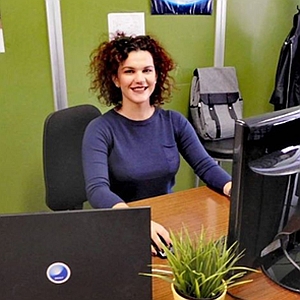 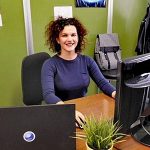 Her major research interests are in the field of Particle and Astroparticle Physics. Anna during her first-degree thesis, has completed a study on “the possibility of detecting very high-energy neutrinos with the original GRBNeT self-test array”. During her MSc, she became a full member of the KM3NeT collaboration and has completed an “optimization study of the KM3NeT detector for detecting high-activity neutrinos”. During her internship at E.C.A.P. she has studied the photomultiplier response of detector KM3NeT-ORCA detector from the data taken from its first deployed detection unit. Anna is currently working on the data from the first deployed detection units of the KM3NeT-ARCA detector, in order to find and optimize requirements for selecting well reconstructed events and to find selection criteria to identify neutrino event candidates.