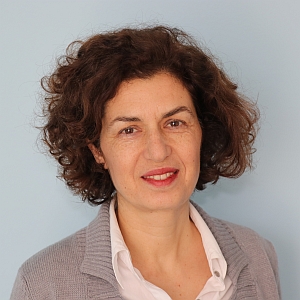 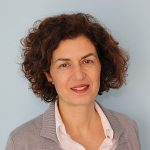 Started to work in INPP as a Researcher in Neutrino Astronomy at the end of 2008. Obtained a BSc in Physics in AUTH, Greece and carried out a PhD in Particle Physics at McGill University, Canada. For the requirements of my PhD I studied B0-B0 mixing with the ARGUS experiment. After completion of my PhD, I was appointed as a DESY Fellow and afterwards as a Senior Researcher at the Max Plank Institute, Munich, working at the H1 experiment at HERA. At H1 my responsibilities were linked to the SpaCal calorimeter of the experiment. I have also studied open charm production in Deep Inelastic Scattering (DIS), the charm contribution to the proton structure function F2c and di-jet production with an associated D* meson in DIS. At H1, I served as a coordinator of the SpaCal calorimeter group and as a convener of the heavy flavour working group.

Before joining INPP, I had lecturing responsibilities in the National Technical University of Athens (NTUA). As a Researcher in INPP, I have been involved in the KM3NeT experiment initially focusing on detector optimization studies and muon and neutrino energy reconstruction. My recent research relates to the development of methods to distinguish the signal from cosmic neutrinos from the atmospheric muon background, to reliably differentiate muon track and shower events in the KM3NeT detector and to the analysis of the KM3NeT data as the construction of the detectors is progressing. My research interests focus on the search for neutrinos from astrophysical sources. I have also been engaged in Knowledge Transfer activities, Equality-Diversity-and-Inclusion matters and I am serving as a member in several committees of the experiment.

A full list of publications can be found here