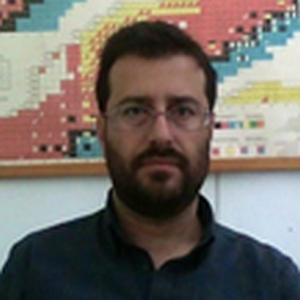 Christos Bagatelas is a graduate of the School of Applied Mathematical and Physical Sciences of NTUA and MSc degree holder in “Physics and Technological Applications”. He is working as a physicist at the Institute of Nuclear and Particle Physics of National Center for Scientific Research “Demokritos” since Feb 2013, participating in many European research projects related with Astroparticle Physics, such as:
“KM3NeT 2.0 – Astroparticle and Oscillations Research with Cosmics in the Abyss (ARCA and ORCA)”
“KM3Net Studies (Deep Sea Facility in the Mediterranean for Neutrino Astronomy and Associated Sciences)”
“GRBNeT – Study, design, construction and setting of autonomous linear array of neutrino detectors in deep sea to investigate the nature of Gamma Ray Bursts”
Christos Bagatelas has been involved in the set-up of the DOMLab of the INPP and his main duties are the integration, calibration and testing of the Digital Optical Modules (DOMs) of KM3NeT. Further interests include the calibration and characterization of photomultipliers, pressure testing of components that are used in deep-sea neutrino experiments and hardware and electronic instrumentation related with experiments in Astroparticle Physics.
Before joining the INPP, Christos Bagatelas had worked in the Hellenic Center for Marine Research, as a physicist under European research projects related to the design, development, construction and calibration of a scintillation detector for gamma ray detection. His main duties were the calibration of NaI(Tl) detector, the simulation of the detector response with the GEANT4 code and the mathematical data analysis of the results. The results of his work published in two articles in international scientific journals: Environmental Monitoring and Assessment and Applied Radiation and Isotopes.