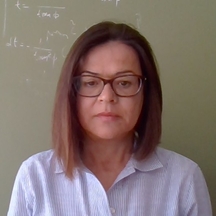 Stavroula Tsagkli began work as a physicist in the Institute of Nuclear and Particle Physics at the N.C.S.R. “Demokritos” in 2012. She obtained a Bachelor in Physics from the University of Crete. She worked as a physicist at the NESTOR Institute from 1998 to 2012. Her main duty was the study of the response of the 15 and 13 inch Photomultiplier tubes and Optical Modules used for the NESTOR experiment. She was involved in the deployments of the NESTOR experiment being responsible for deep sea acoustics and deep sea instrument testing.
Since the end of 2018 Stavroula Tsagkli is involved in the integration of the Digital Optical Modules (DOMs) and in the characterization of components (compasses, penetrators) of the KM3NeT deep sea neutrino detectors (ARCA and ORCA).