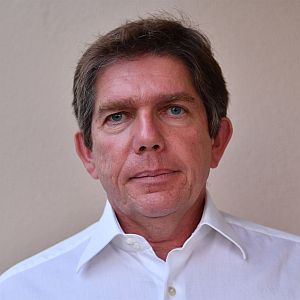 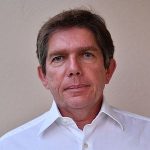 Dr. Christos Markou is an experimental physicist. His fields of expertise are Astrophysics, Particle Physics, instrumentation, distributed computing and data analysis, signal processing. Dr. Markou studied at Imperial College, University of London, UK, obtaining his B.Sc. (1985) and Ph.D. (1989) degrees in Physics. During his career, he has participated in several high energy particle physics experiments, at CERN, Geneva and DESY, Hamburg, and lately at KM3NeT. Before joining NCSR “D” he has held appointments at Imperial College and CERN.

He participates in KM3NeT, the international collaboration preparing the new generation underwater neutrino telescope to be deployed in the Mediterranean Sea. KM3NeT, a distributed research infrastructure to be deployed in 3 sites (France, Italy and Greece) is part of the ESFRI Roadmap. He is the Chairman of the KM3NeT Institution Board (since 2016), member of the Resources Review Board, the publication committee and is the Greek delegate to the KM3NeT ERIC. Dr. Markou is active in establishing a novel acoustic detector for ultra-high energy extragalactic neutrinos. He participates in several committees of NCSR Demokritos, the GSRT CERN advisory committee, and has led numerous research projects both at the National and International level. CM has been active in educational and outreach activities and has supervised 8 Ph.D. theses. He is the author of numerous research papers.