Python and ML bootcamp at INPP 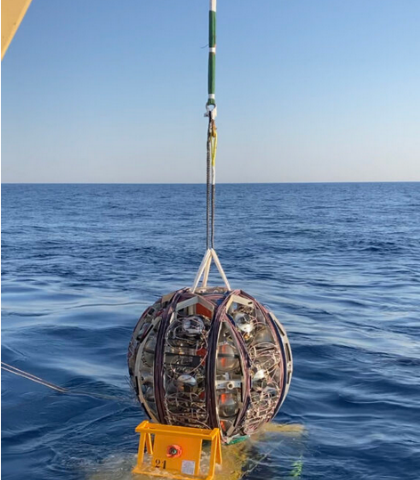 A detection unit, furled around the LOM, at sea level just before being deployed to the sea bottom. Figure from km3net.org

The ARCA telescope is currently being constructed at a distance of about 80 km offshore Portopalo di Capo Passero, Sicily, and aims at the detection of TeV-PeV energy neutrinos from distant astrophysical sources.
The most recent sea campaign has just been completed successfully. During the period 3-14 June two junction boxes and 11 detection units have been installed at a depth of about 3500 m. The detection volume of ARCA is now more than doubled, with 19 detection units of 18 DOMs each in operation equipped with more than 10000 photomultipliers! It is worth mentioning that 25 out of the 198 DOMs used for the 11 detection units that have been deployed during this sea operation have been constructed and tested in the INPP. We would like to thank the offshore and onshore teams who worked around the clock and made this campaign a remarkable success! 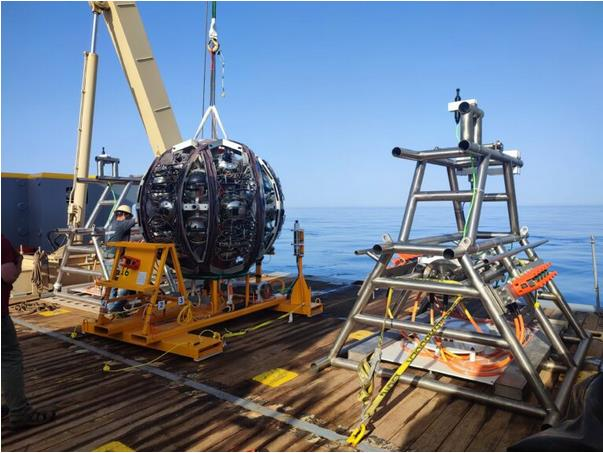 Preparation for the deployment of a detection unit (left) and a junction box (right). The detection unit on board is furled around a spherical metallic structure, the launcher of optical modules (LOM). Figure from km3net.org 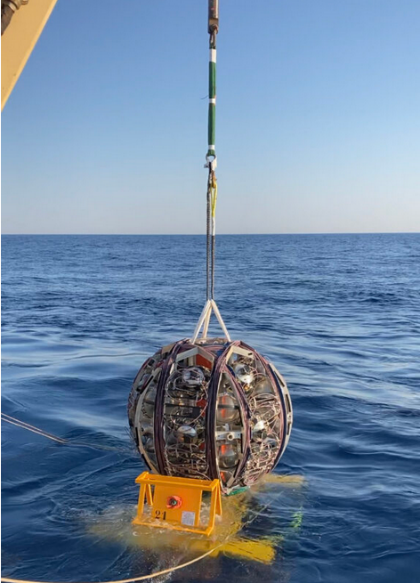 A detection unit, furled around the LOM, at sea level just before being deployed to the sea bottom. Figure from km3net.org