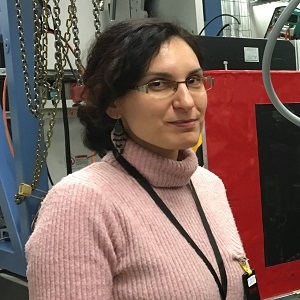 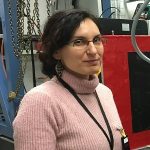 Zoi Kotsina holds a diploma in physics (2007) with specialization in solid state physics   and a MSc degree in Materials Physics (2010) from the Physics department of National & Kapodistrian University of Athens (NKUA). She earned a Ph.D. in physics (2016) entitled ‘Radiation damage studies of proton irradiated Fe-Cr alloys by electrical resistivity measurements’ from the Physics department of the NKUA. She was a member of the Fusion technology group (at the Institute of Nuclear & Radiological Sciences & Technology, Energy & Safety) since 2011 as a Ph.D. student and since 2017 as a Post-Doctoral researcher.  In 2019 she joined the Institute of Nuclear and Particle Physics (INPP) as a member of the CALIBRA project (MIS 5002799) which is implemented at the Tandem Accelerator Laboratory of the INPP.