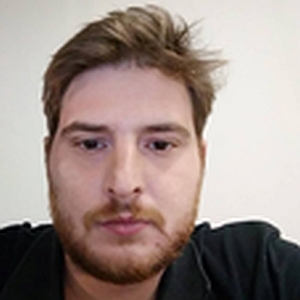 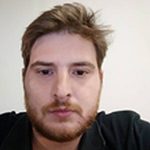 Panagiotis Assiouras is a Phd student at the National Technical University of Athens and he works at the Detector Instrumentation laboratory of  the CMS group  of  the Institute of Nuclear & Particle Physics at  the N.C.S.R. “Demokritos”. He is  participating to the Phase-II Upgrade of the CMS Tracker. His research interests are experimental particle physics, detector physics and instrumentation for nuclear and particle physics. Ηe has worked on TCAD simulations and electrical characterization measurements of silicon sensors and test structures  for the new  silicon detectors that will be installed on the phase-II upgrade of  the CMS experiment. Also he has worked on the preparation and the upgrade of the laboratory to a Process Quality Control (PQC) center for the Outer Tracker sensors.  Currently he is at the final stage of writing he’s phd thesis. He has graduated from the school of Applied Mathematical and Physical Sciences at the National Technical University of Athens.  As an intern he worked at Detector Instrumentation Laboratory (DIL) of  Institute of Nuclear & Particle Physics at N.C.S.R. “Demokritos” where he focused on the study of silicon detectors and after that he held his diploma thesis at NSCR Demokritos in which he worked on capacitance simulations on silicon micro-strip and micro-pixel detectors, by using an numerical algorithm, for solving the Laplace equation.  He has also obtained a masters degree in  Physics and Technological Applications at National Technical University of Athens. In his master thesis he worked at N.C.S.R. “Demokritos” on the electrical characterization of silicon detector prototypes for high energy physics experiments for the upcoming phase 2 upgrade of the CMS experiment at LHC. During his MSc studies, he has also worked as an intern at the Institute of High Energy Physics at Vienna. He has been a laboratory assistant at NTUA for the detector instrumentation course. His complete list of publications can be found on INSPIRE-HEP.