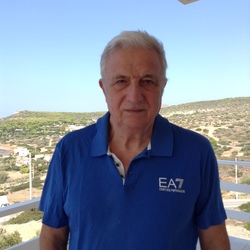 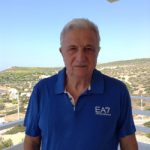 Michele Barone graduated in experimental physics from the University of Bari (Italy) in 1974. Following experimental work at CERN, as a Physics Fellow in the group of Carlo Rubbia,he held teaching and research positions in Switzerland, Italy (University of Perugia and INFN National Laboratory of Frascati),  and in Greece (Institute of Nuclear and Particle Physics at the National Scientific Research Center Demokritos and University of Athens). His interest in experimental work led to managerial positions in international companies manufacturing systems for medical and scientific research. He has been member of the NESTOR Collaboration and, even if retired a few years ago, he is an active member of the CMS Collaboration. During his career he authored about a hundred and fifty publications and was involved in the organization of several international congresses, for which he was the Editor of the related proceedings with Elsevier, Plenum, and World Scientific.

He has been the Industrial Liaison and Technology Transfer Officer for Greece at CERN and recently appointed  by the CERN Alumni Network as Advisor Liaison with industry and Contact Person with the Hellenic Society for the Study of the High Energy Physics.