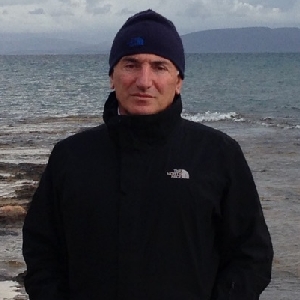 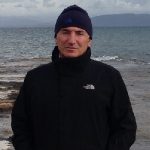 Research Interests: I have been doing research mainly in Yang-Mills Field Theory, QCD, physics beyond the standard model  and String Theory.

In 1977 I have predicted existence of the chromomagnetic gluon condensation. This discovery was  based on the calculation of the effective Lagrangian in Yang-Mills theory, which represents the generalization of the Heisenberg-Euler quantum Lagrangian. The other areas of research includes:

exact solution of renormalization group equations for the effective Lagrangian in Abelian and non-Abelian gauge theories in terms of the beta function and the expression of the intensity of the chromomagnetic gluon condensate to all orders of perturbation theory. The vacuum solutions of Yang-Mills theory have been found in the form of nonlinear plane waves and non-integrability and dynamical stochasticity of these solutions established. The concept of Yang-Mills Classical and Quantum mechanics was introduced.

Application of Ergodic theory to the problem of integrability of classical Yang-Mills equations and demonstration that it is a maximally chaotic dynamical system.

Quantization of relativistic membrane in the light-cone gauge and its duality with the Yang-Mills classical mechanics. Notion of self-dual membrane. I suggested a linear model for QCD string by extending the Feynman path integral to an integral over the surfaces, with the  action which is proportional to the linear size of the surface, this is the so called Gonihedric String. This new concept was used in statistical physics  to define a new class of Ising type spin systems with the partition function  which is a sum over random surfaces with Gonihedric action.

Geometrical nature of the system allows to perform the duality transformation and to find out a new class of gauge spin systems, which are similar to the 3D Ising ferromagnet and Wegner 3D gauge spin systems. In Astrophysics I have been studding  N-body problem by means of the Maupertuis principle reducing  it to the study of the behavior of the geodesic flow on a Reimannian manifold. Negativity of the corresponding curvature allows to establish the exponential instability of the geodesic trajectories and to compute the relaxation time for the stellar systems like galaxies and globular clusters. That time is substantially smaller than binary, Chandrasekhar relaxation time. In Computational mathematics we have suggested to use maximally chaotic dynamical systems of  Kolmogorov-Anosov-Artin type to generate pseudo-random numbers for the Monte-Carlo simulations of physical systems. The concrete realization of the MIXMAX generator has large entropy, is fast and has good spectral properties. The generator was implemented into the main CERN toolkits: Gean4/CLHEP, ROOT and CMS experiment.