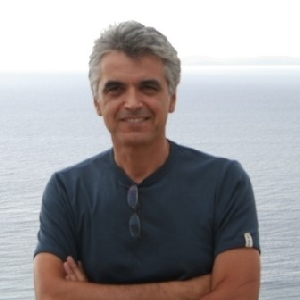 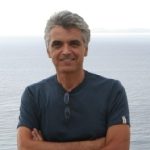 Dimitris Loukas is head of the Solid-State Detector Instrumentation Laboratory (DIL), working within the Institute of Nuclear and Particle Physics (INPP). He is currently acting as group leader of the INPP CMS group, working for the development, characterization and evaluation of silicon sensors and associated electronics for the upgrade of the CMS Tracker detector foreseen for 2024. His group designed and developed various front-end VLSI circuits for solid state sensors while his research interests include, interaction of radiation with matter, physics of solid-state sensors, read out electronics and data analysis. The group obtained the first ever diagram of x-ray powder diffraction with silicon microstrip sensors. Participation in publications in international scientific journals number more than 90 articles in the subject of radiation detectors and associated electronics as well as more than 900 articles in the subject of the physics of elementary particles, with more than 58k citations. He speaks English and French.

Infrastructure of DIL includes, semiautomatic wire bonder (Delvotec 5430), automatic probe station (Carl Suss PA 150), equipment for electrical characterization of microelectronic devices (HP4092A, Keithley 6517A), climatic chamber (Weiss WKS 3-180/40/5) and various peripheral instruments. The group is involved in the conception, design and development of solid-state sensors and associated electronics since its foundation at the beginning of the 1990s. It was involved in the design and development of silicon microstrip and pixel sensors for the initial phase of the LHC experiments at CERN. In collaboration with the nanoscience institute developed prototypes of silicon sensors for particle physics and x-ray   applications along with associated VLSI read out electronics. This joint effort resulted in the design, development and fabrication of strip sensors that are currently installed in the Preshower detector of the CMS experiment at CERN. The contribution to the Preshower project includes the assembly of one quarter of the total number (5200) of the micromodules (assembly of mechanical support, silicon sensor and readout hybrid) as well as the supervision of the production of the total number of hybrids from a Greek company.