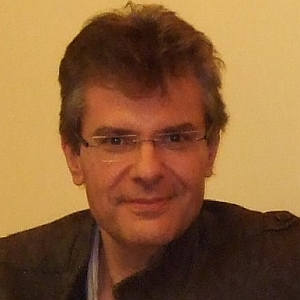 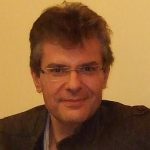 Dr. Costas Papadopoulos is currently Director of Research at the Institute of Nuclear and Particle Physics, NCSR “DEMOKRITOS”. He served as research fellow, associate researcher or distinguished visiting scientist at CERN, the University of Durham, ETH-Zurich and the University of Debrecen. His research work covers a large area of theoretical high-energy physics with emphasis to particle physics phenomenology. He is the author of more than 150 publications, in International refereed Journals and conference proceedings. According to the INSPIRE database there are more than 14,000 citations on his published work (h-index 50). Major achievements include: the development of recursive equation approach to scattering amplitudes calculation and the resulting HELAC-PHEGAS computational system; the establishment of the OPP method to calculate virtual one-loop corrections along with the HELAC-NLO framework for arbitrary NLO QCD calculations; the SDE approach to multi-loop calculations. These novel methods and tools allow the detailed study of arbitrary scattering process and played, play and will play a crucial role in the physics analysis of large-scale experiments like LEP and LHC. He has participated, as scientist in charge, in more than 25 research projects funded by the European Union and the Greek General Secretariat for Research and Technology. He has also acted as the coordinator of one of the largest collaborations on theoretical particle physics in Europe, the HEPTOOLS Network that included 17 research teams, from 16 Research centers and 47 Universities worldwide. He has supervised or co-supervised the PhD work of more than 20 students and the post-doctoral research of 9 researchers. He has participated in more than 110 international conferences and workshops and has been invited in more than 30 Universities and research Institutes worldwide.

Full CV can be found here