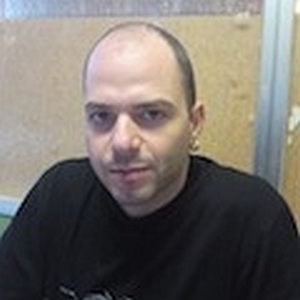 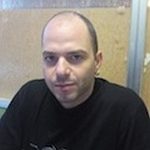 Axiotis Michail was born in 1976 in Athens, Greece. He studied physics at the University of Cyprus and received his PhD in 2007 from the Physics Department of the National Technological University of Athens. His PhD thesis was in nuclear structure of nuclei with mass A=50. More precisely he analyzed the high spins of 52Mn with gamma-ray spectroscopy and also using Total Absorption Spectroscopy techniques he studied the beta-decay of 52Fe. In parallel, from 1999 to 2003, he had a fellowship at the Laboratori Nazionali di Legnaro in Italy. There, he was member of the nuclear structure group and helped in the preparation and the running of almost all the experiments done with the GASP spectrometer. He also participated in experiments of the group at other laboratories like IReS, GSI and Cologne and in the building of the Clara spectrometer. Finally for a period of time between 2005 and 2006 he collaborated with Dr Demetriou on the development of global alpha-nucleus optical potentials for p-process nucleosynthesis.