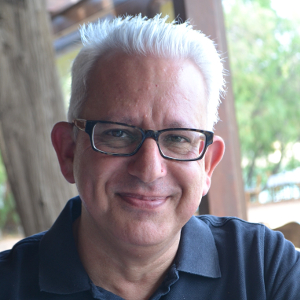 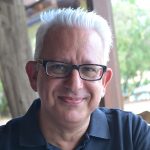 Dr. Andreas Germanos Karydas is Research Director at the Institute of Nuclear and Particle Physics of the National Center for Scientific Research “Demokritos” and Head of the XRF Laboratory. He holds a BSc in Physics from the University of Athens and received his Ph.D. in the field of Analytical Applications of Nuclear Techniques from the National Technical University of Athens (1994). Dr. Andreas Karydas has more than twenty-five (25) years of research experience, including six (6) years (2009-2015) as leader of the XRF group of the Nuclear Science and Instrumentation Laboratory (NSIL) at the International Atomic Energy Agency (IAEA) and one (1) year as senior staff of the IAEA Physics Section (2016). During his tenure at the IAEA he has been acted as Technical Officer in more than twenty (20) national and regional Technical Cooperation projects, whereas in 2015 he received a merit award in recognition of his contribution in the coordination, implementation and commissioning of a new beamline end-station at Elettra Sincrotrone Trieste. His research team interests focus towards: 1) the study of fundamental X-ray interactions with matter and de-excitation processes of ionized atoms, in particular of the X-ray Resonant Raman scattering and cascade X-ray emission and 2) the development of analytical methodologies, instrumentation and interdisciplinary applications of X-ray fluorescence and Ion Beam Analysis techniques, with emphasis on the areas of cultural heritage, materials science, environmental monitoring and biomedicine/pharmaceuticals. Dr. Andreas Germanos Karydas has coordinated for INPP many National, bilateral and European competitive projects, such as the ATT-29 (PEP ATTIKIS, 2006-2008), DEMO-Research (2006-2008), IAEA-CRP (2006-2008), PROMET FP6-INCO (509126, 2004-2008), IKYDA-DAAD (2004-2006) and a bilateral Greece-Slovenia project (2002-2003).
Dr. Andreas Germanos Karydas has published more than 116 articles in international peer-review journals and more than 40 in peer-review proceeding of international conferences that have received over 1,300 citations, excluding self-citations. He is a member of the Advisory Board of the X-ray Spectrometry (2005) and Microchemical Journal (2015) and member of the international advisory committee of the European X-Ray Spectrometry and Technart conferences. Dr. Andreas Germanos Karydas has more than eighteen (18) invited talks at international conferences and has supervised two (2) PhDs, five (5) Master (MSc) and over ten (10) Diploma theses. Since 2009 he has been external evaluator of research proposals submitted within European funded projects such as SPIRIT, CHARISMA, IPERION CH. During the period 2012-2016 he has been president of the European X-Ray Spectrometry Association (EXSA). Dr. Andreas Germanos Karydas acted as National delegate in Regional IAEA Technical Cooperation projects (2006-2009, Nuclear-Techniques for the Protection of Cultural Heritage Artefacts) and in the G8 (2000-2005) and ENFORCE-TXRF (2019-2023) COST actions.