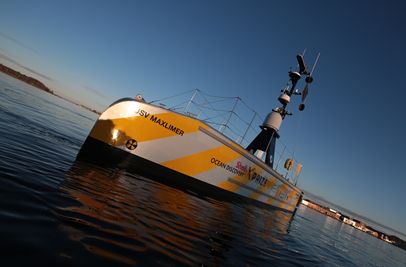 In December 2018, the international contest Shell Ocean Discovery, organized by XPRIZE, was completed in the marine area south of Kalamata. The final phase of the competition was completed in collaboration with Demokritos, who is developing in that area the KM3NeT underwater telescope for the detection of cosmic neutrinos.

Groups from around the world participated with the use of nondestructive technology to map the ocean seafloor with the use of autonomous devices, by at least 50% of the seafloor of ​​500 km2. up to a depth of 4000 meters, with a resolution of better than 5 meters within 24 hours.

The GEBCO-NF international team, with 78 members from 22 countries, won the $ 4 million grand prize.

The announcement of the results and awarding of the prizes took place at the Monaco Oceanographic Museum and Demokritos received the detailed maps created during the competition, maps that would otherwise cost more than 2 million euros. 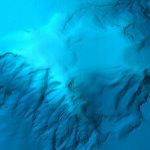 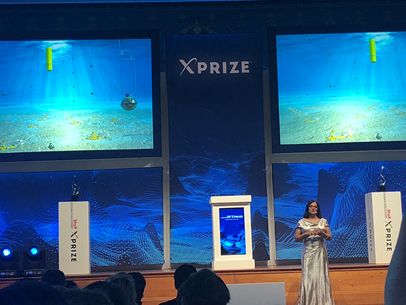 The award ceremony in the Monaco Oceanographic Museum

One of the autonomous boats that participated in the contest